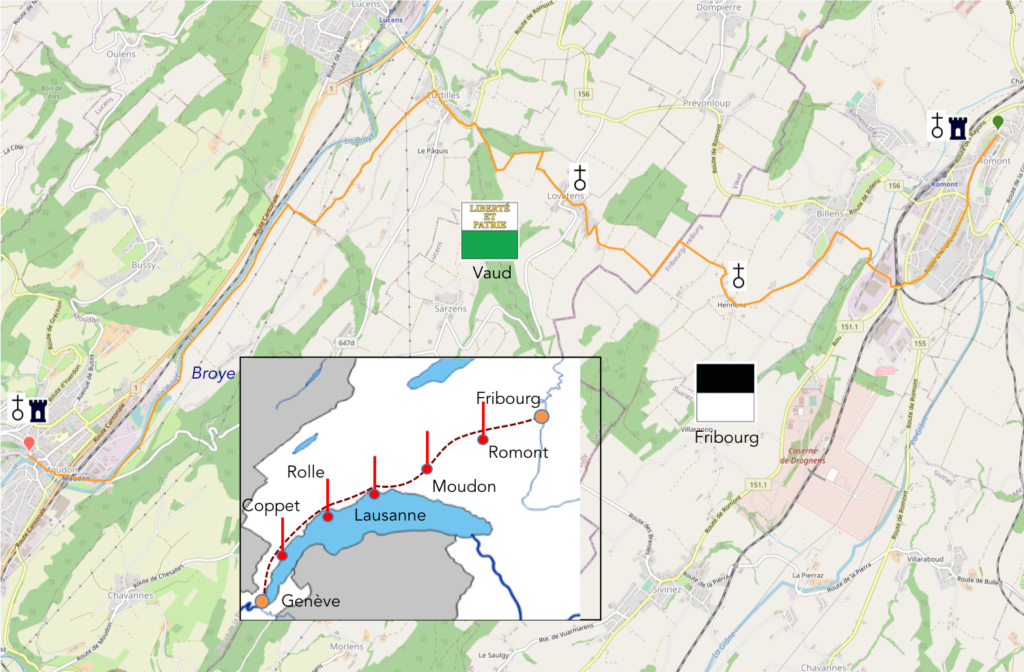 Today you leave the canton of Fribourg for the canton of Vaud. This is the first time that you’ll come into contact with the Swiss plateau, which is discreet compared to the country. It covers only 30% of the surface of the country, including all the space between the Jura and the Alps. But, it is only very partially formed of real plains, being most often made of hills, varying between 400 and 600 m in altitude. It is by far the most densely populated region in Switzerland, especially in German-speaking Switzerland. The cities of the French-speaking Switzerland plateau are small cities. Here, you walk in a real plateau, the plateau where the Broye River flows, and where field crops and market gardening abound. More than 85% of the tobacco produced in Switzerland comes from this region, even if the crops are in decline.

Difficulty of the course: Slope variations are gentle today (+117 meters/-347 meters). The only marked differences in altitude are downhill towards Curtilles. The rest of the program is walking on a very short stage. 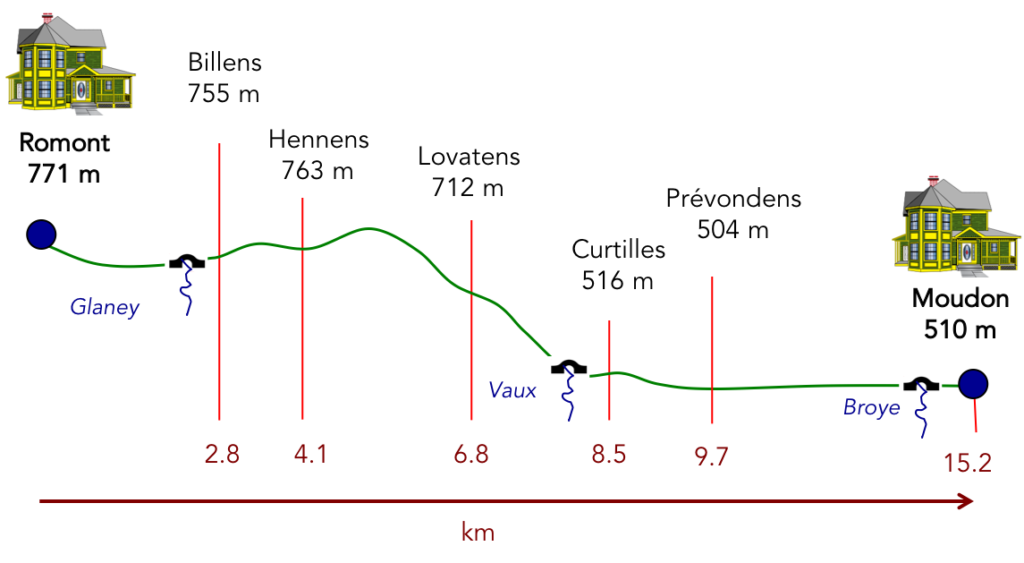 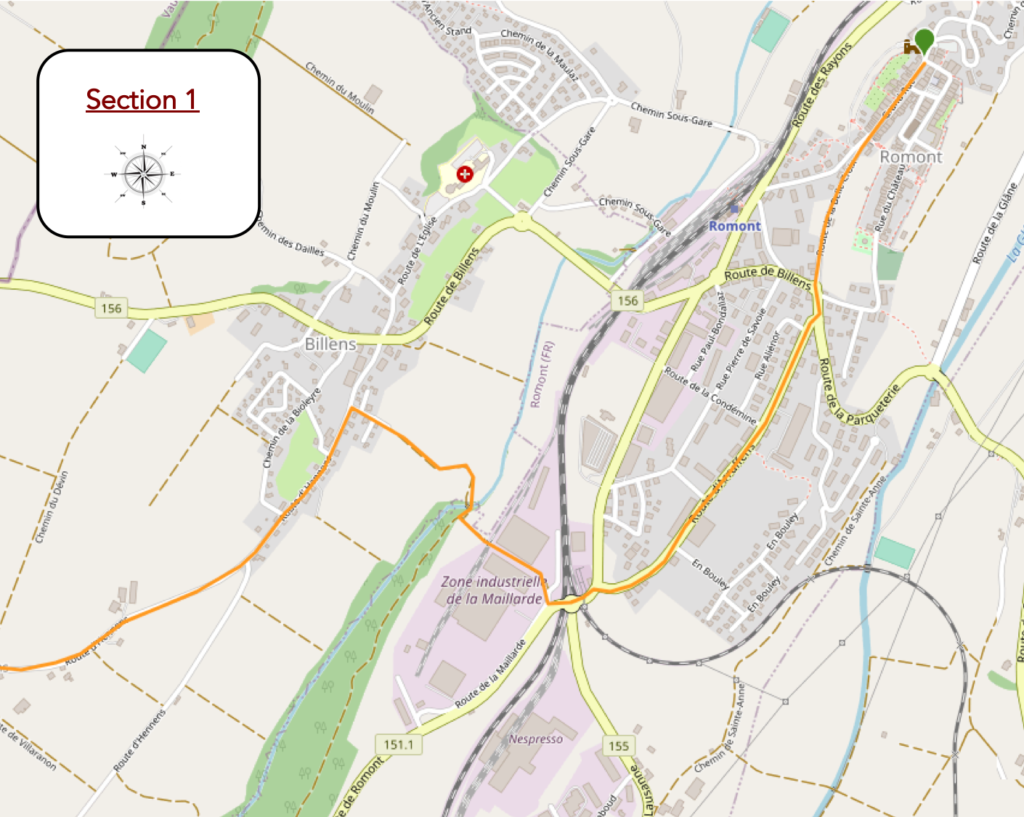 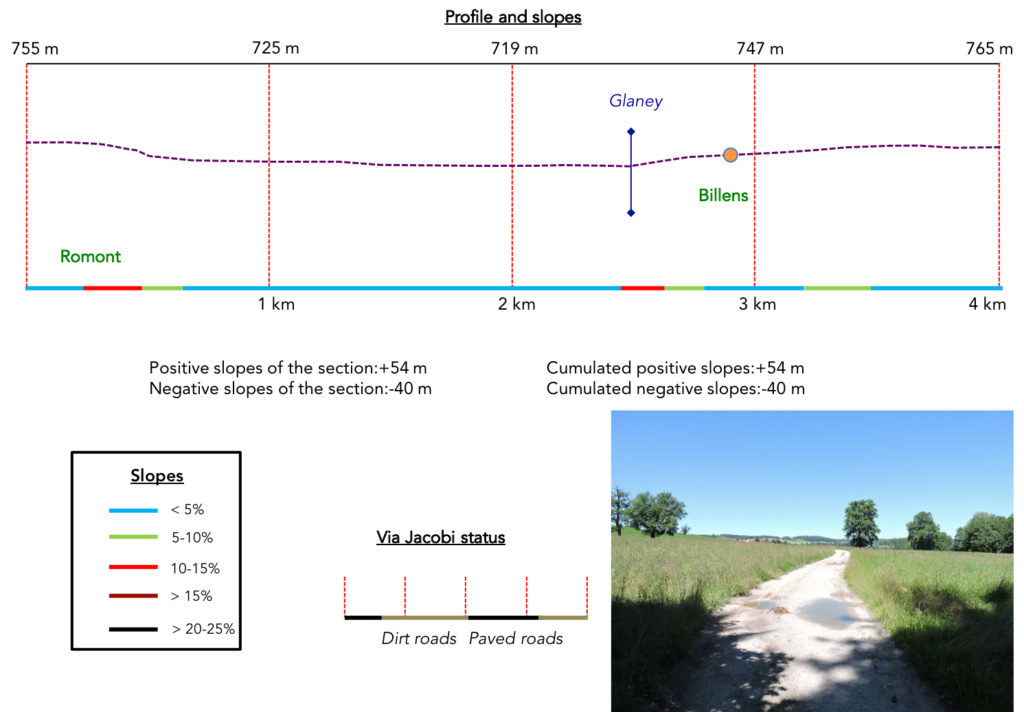 Further ahead, the route then takes the direction of the Oratory of Notre Dame des Pauvres (Our Lady of the Poor) between the factory and the railway line. 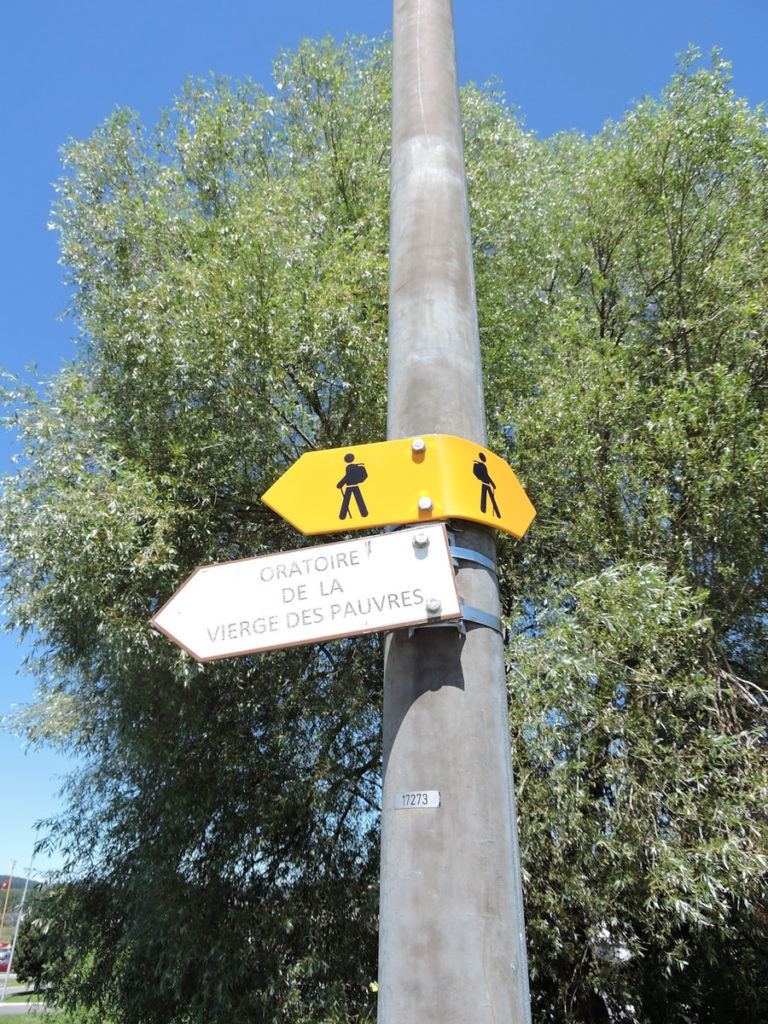 By turning around, you can enjoy an overall view of Romont and its hill. 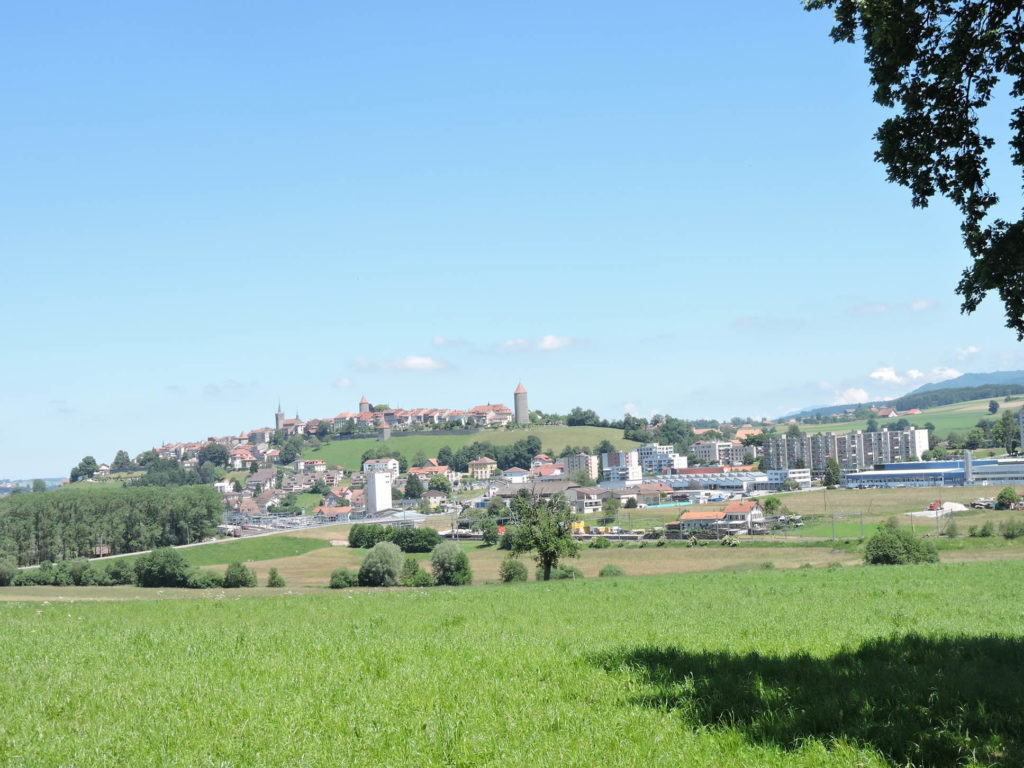 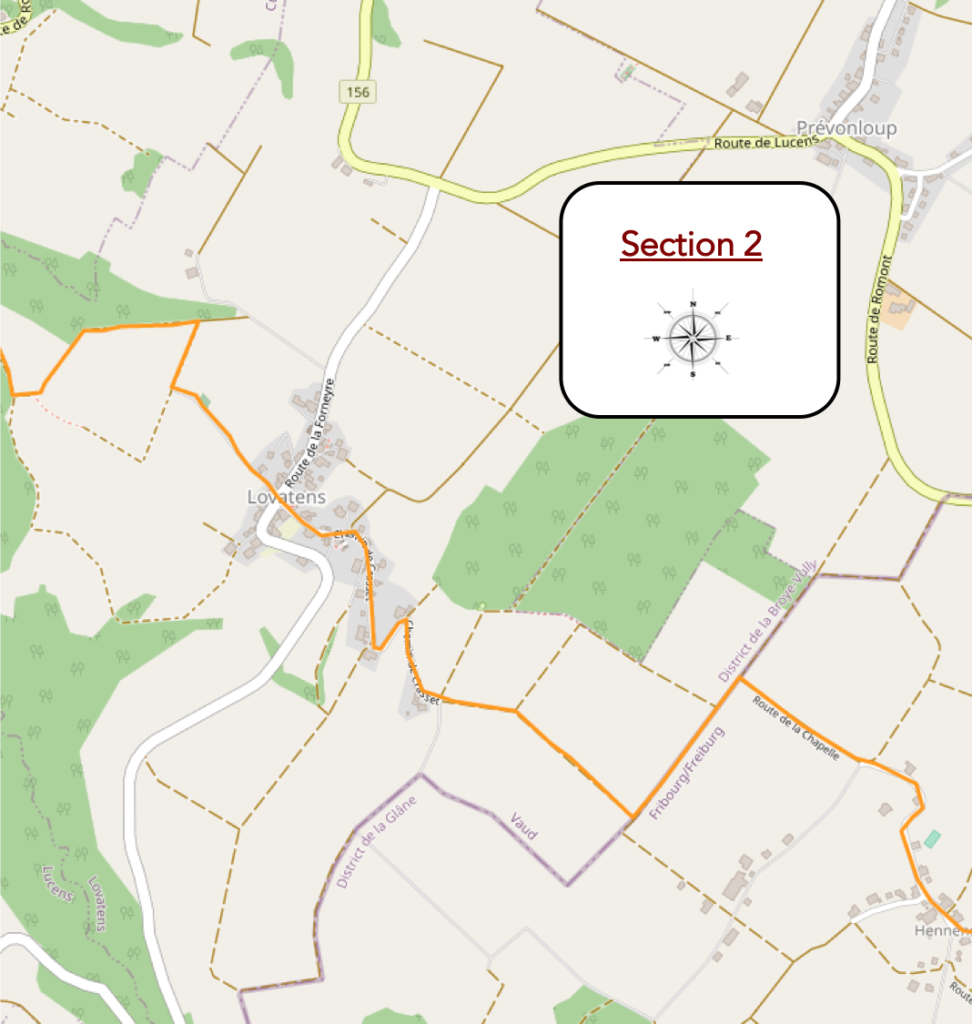 General overview of the difficulties of the route: some slopes but nothing very difficult. 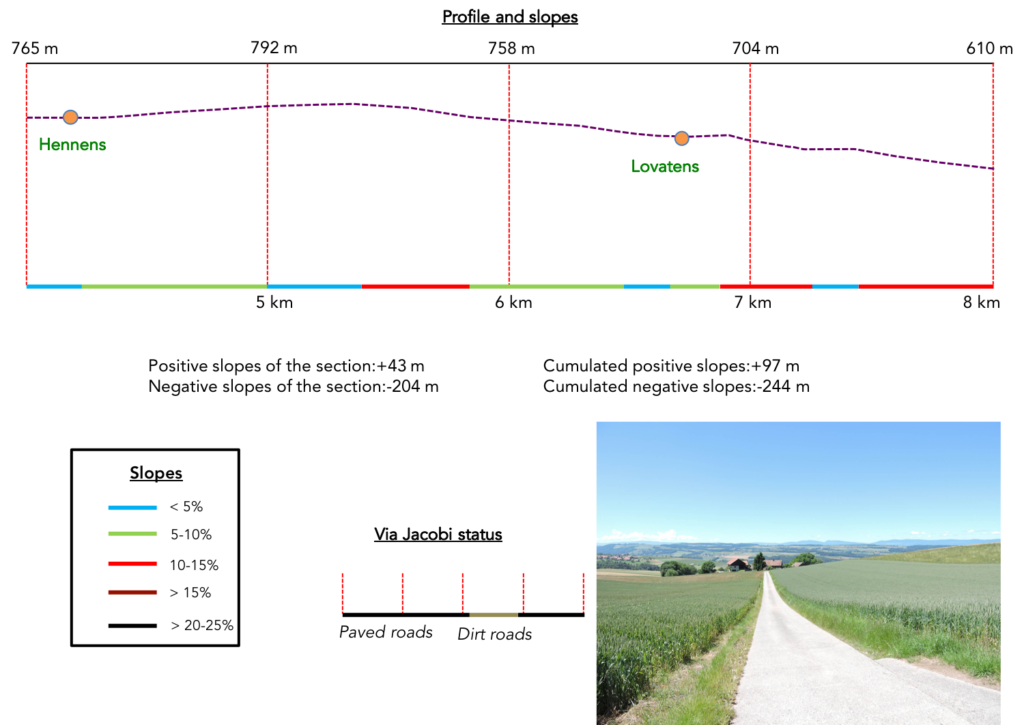 Behind you, Romont disappears definitively in the distance. 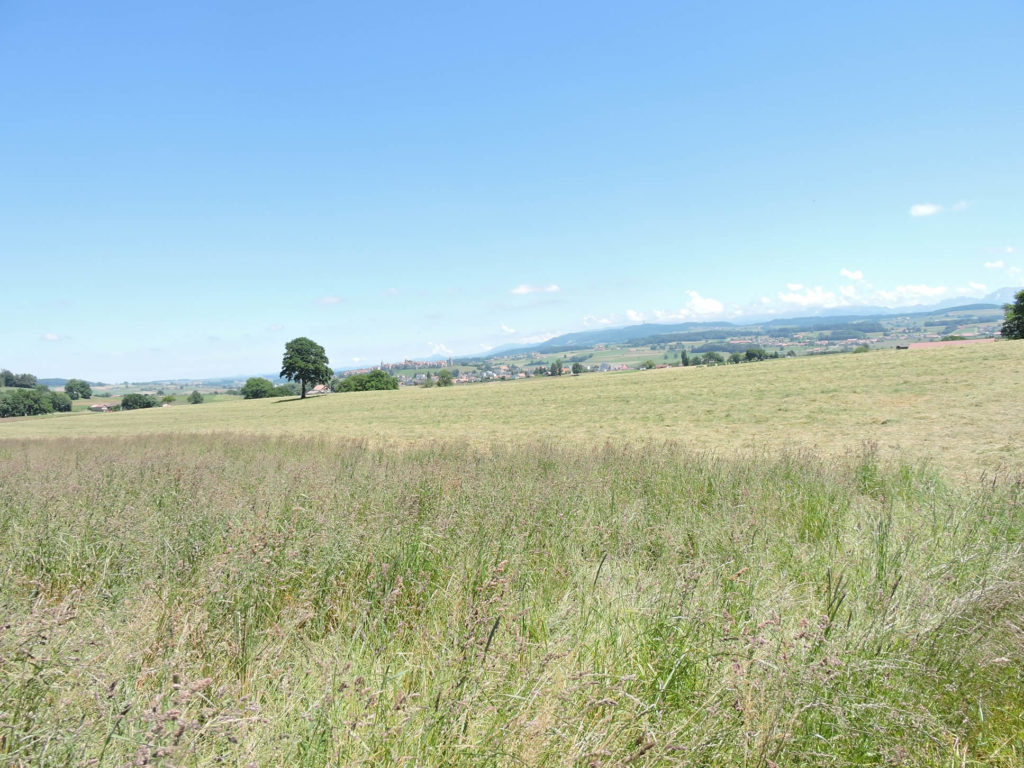 Further, a pathway flattens in the grass to a television antenna. 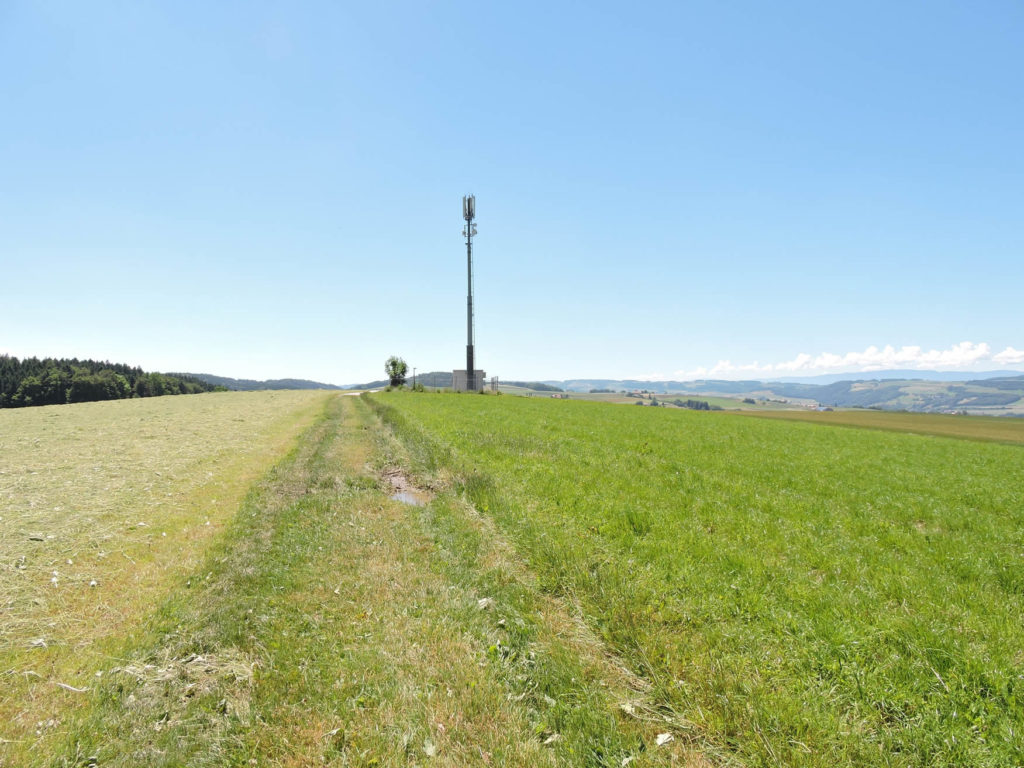 We remain questioning about the origin and the role of this menhir. 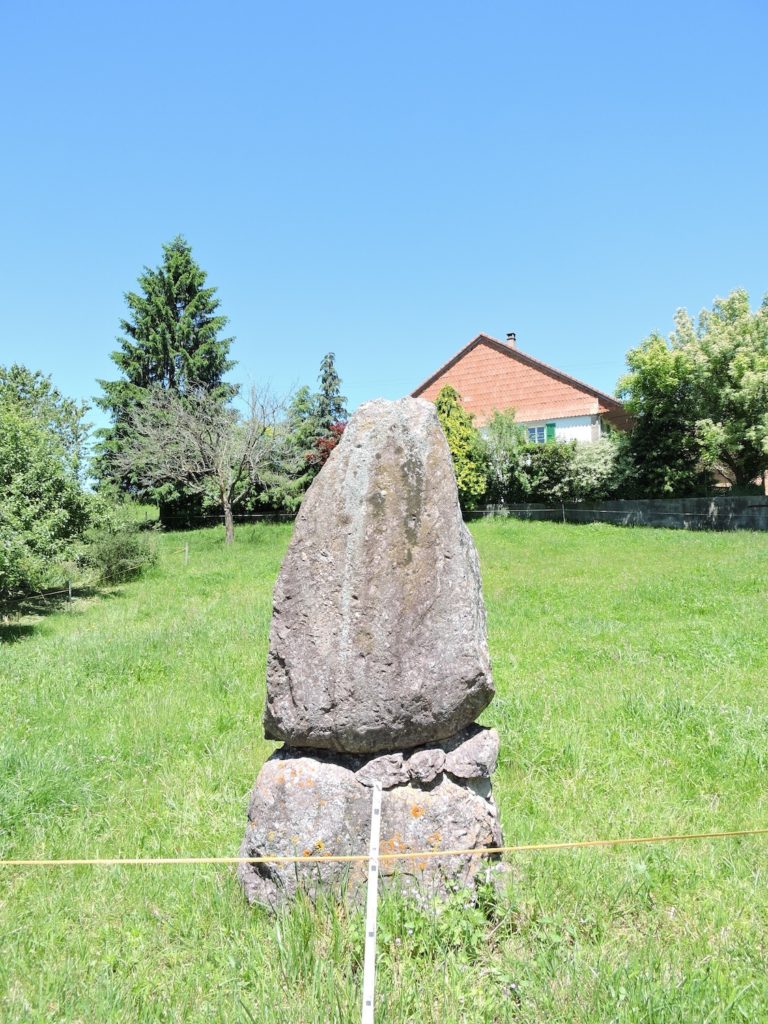 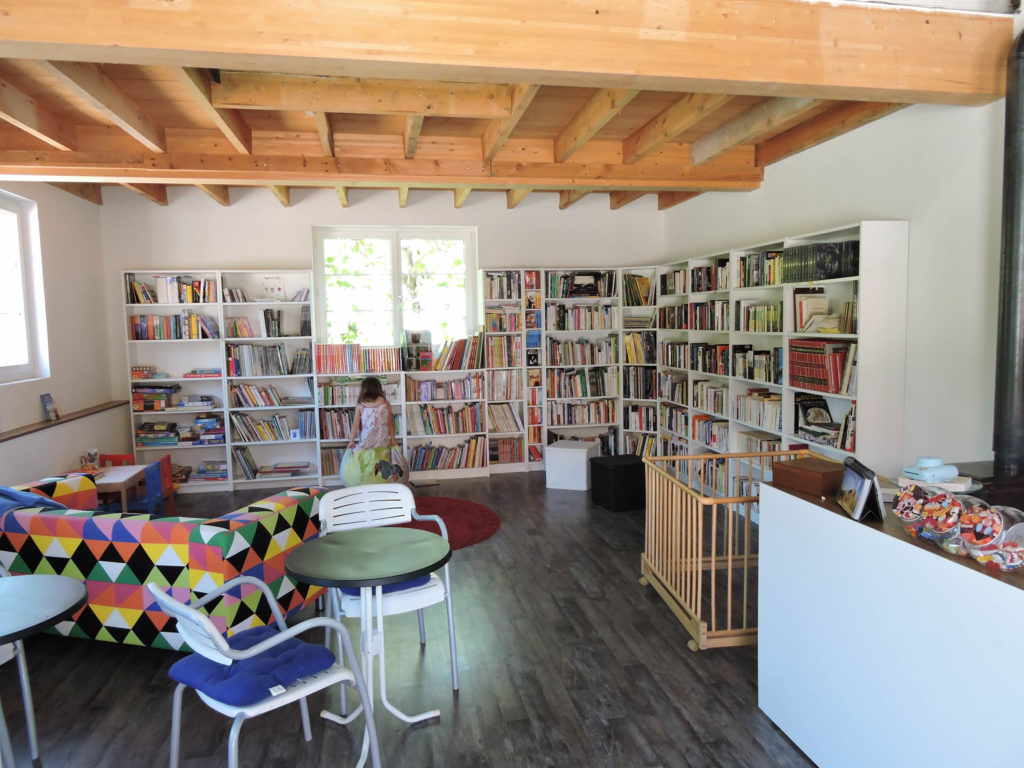 Section 3: Along the Broye River. 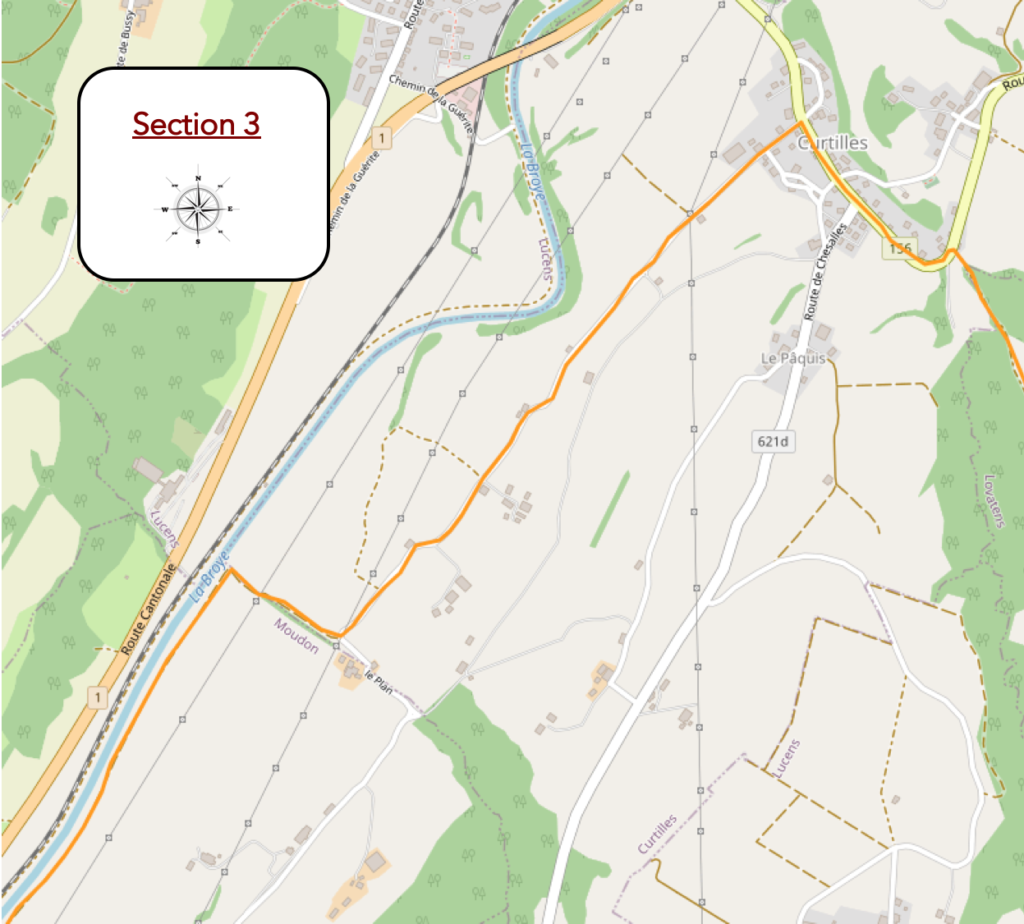 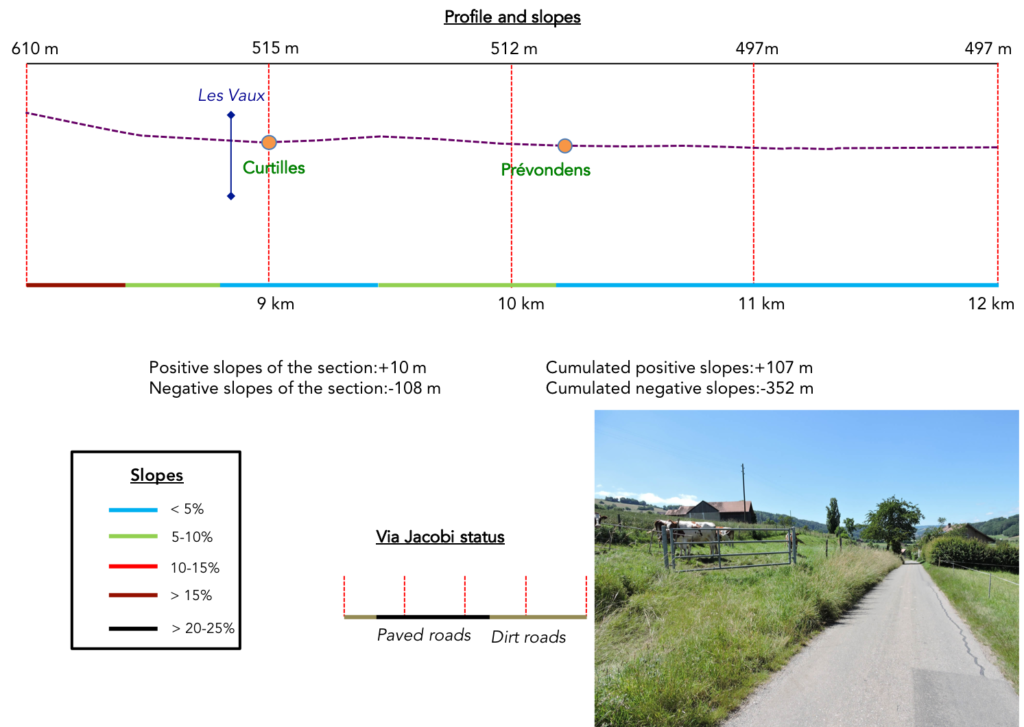 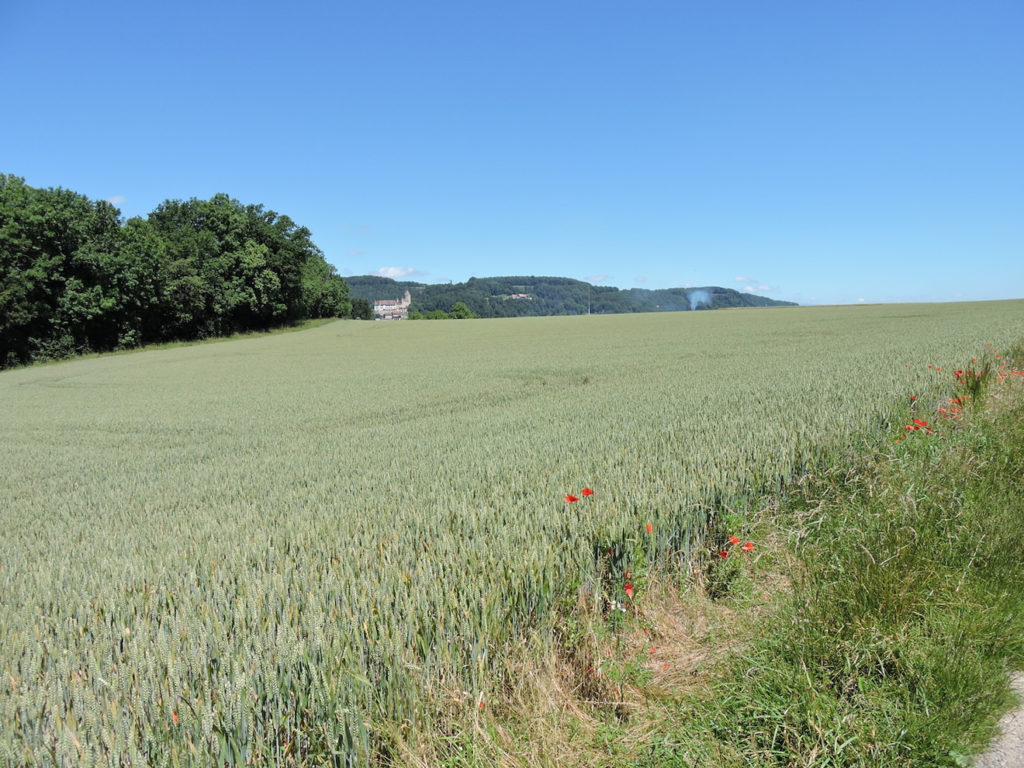 Section 4: Again and again along the Broye River. 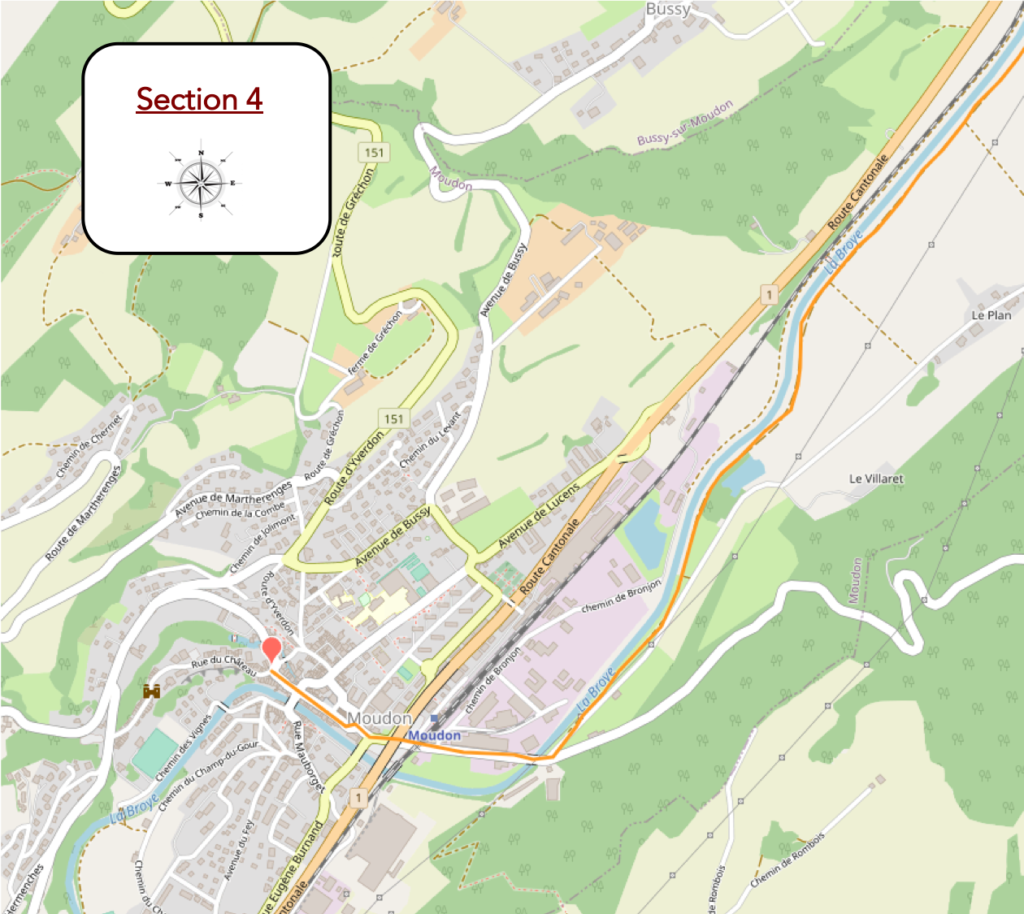 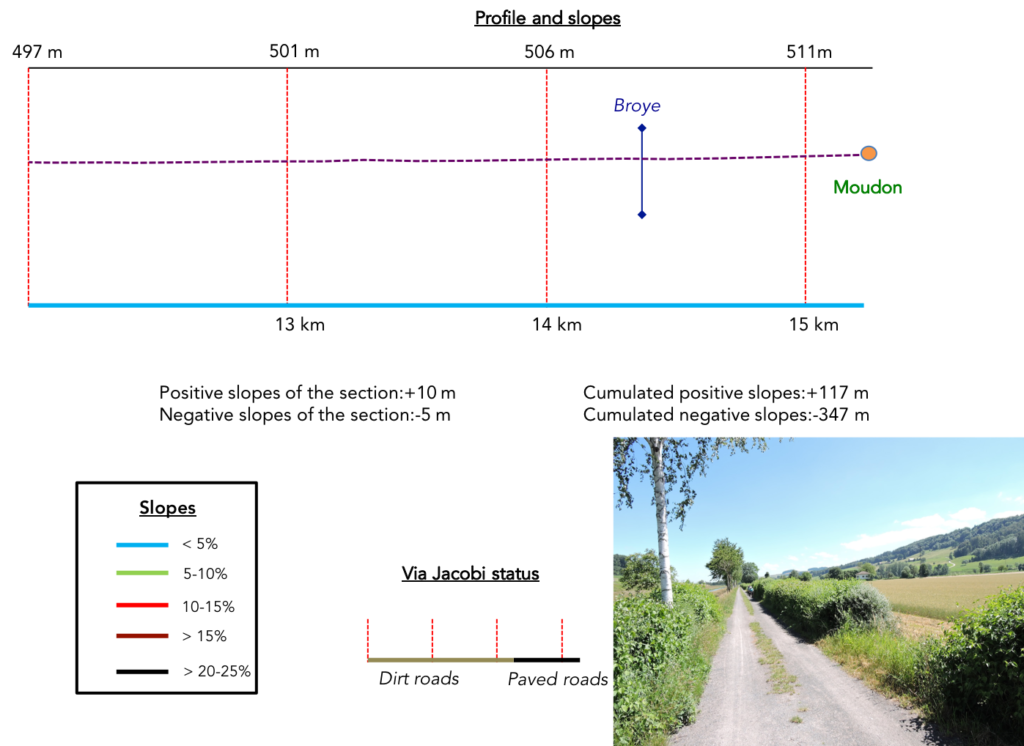 Next stage: Stage 17: From Moudon to Lausanne