The lake is not for everyone 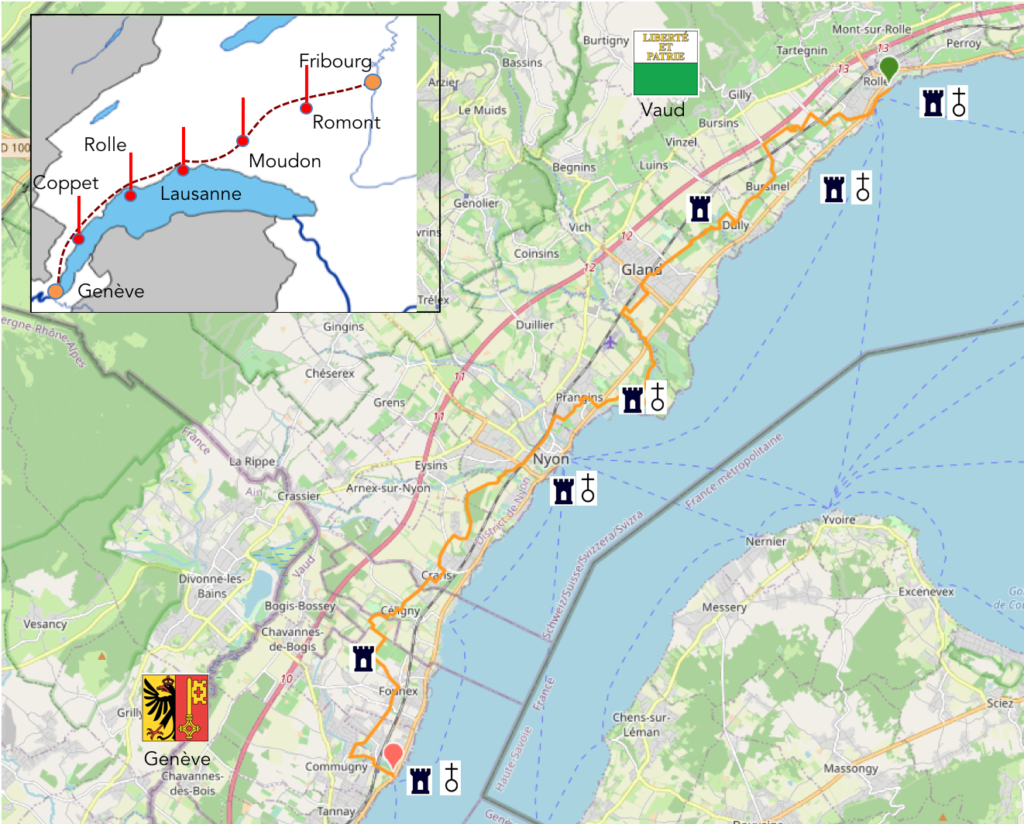 The lake must remain accessible to all. The general public naively believes that there is a law for this kind of business. Nay! what the law says, on the stepping stone of 1926? It expressly says: “On all the shores of lakes of Geneva, Neuchâtel, Morat, Joux, Brenet, and Bret, it must be left, along the bank and over a width of 2 meters, a space free of any construction or other obstacle to traffic, for the towing of boats and boats, the passage or step of the boatmen and their helpers, either for all other needs of navigation as well as those of fishing”. But the law only applies in favor of boatmen and fishermen, because the owners of riparian funds who are burdened with this restriction can oppose other people using it and entering their properties. if not permitted by law.

Because the general public confuses running board and walking. However, there is no law for walking, in other words on the right of passage of pedestrians at the edge of the lake. In other words, the right does not give a right of access to the public on private plots. The riverside route must be created by creating public rights of way. And this fact is the domain of the communes and the city councilors. Thus, from Lausanne to Rolle, generous municipalities have offered extended access to boatmen, fishermen and walkers. From Rolle to Geneva, the municipalities have instead favored the expansion of the rich and their properties, a welcome source of large taxes, limiting public access to the lake as much as possible. All this to tell you that today you will see the lake from the heights. Obviously, everyone understands that it is not a question of making tracks covered with roses for pilgrims and walkers. There are economic and geopolitical realities, we understand. But the many weekend hikers are not far from thinking like us…

It will be, alas, an almost complete day on the tarmac. What do you want? It is a fairly dense population region:

Section 1: A short passage on the quays before the countryside. 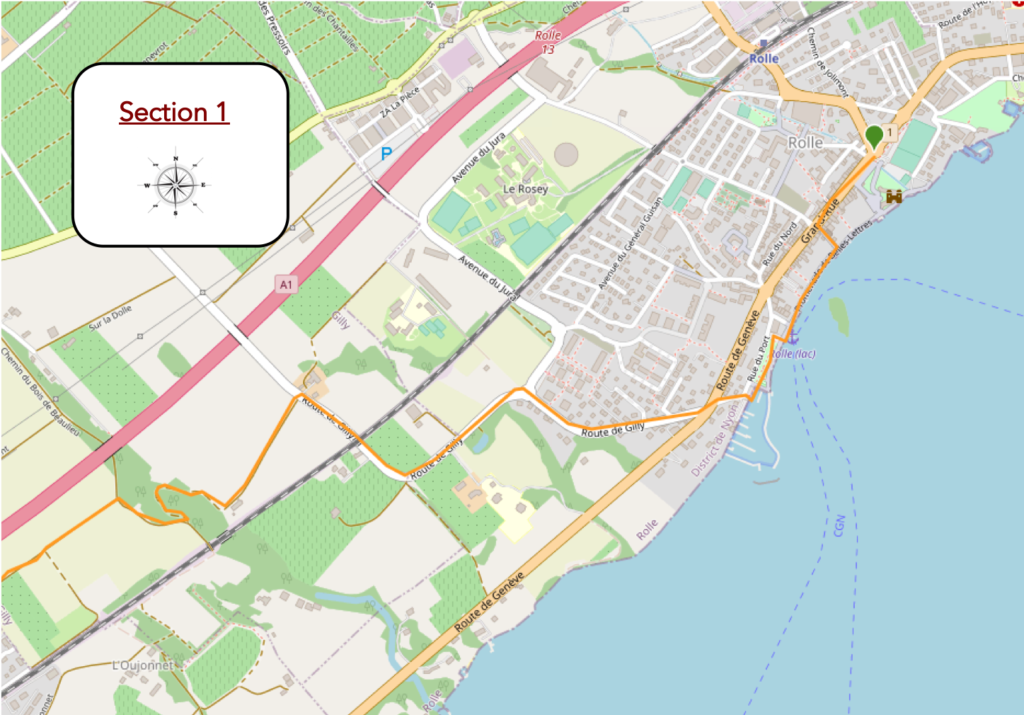 General overview of the difficulties of the route : course without any difficulty. 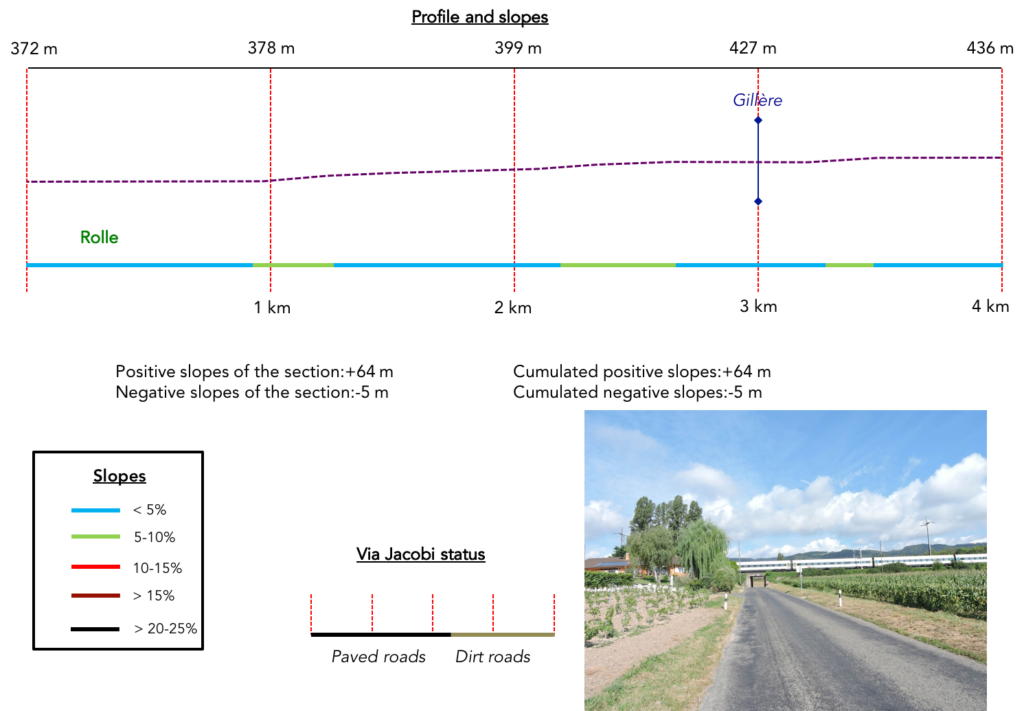 Here, the track is badly indicated, there is only a shell that has lost its color but you have to cross the RN1 road and slope up the small road that leaves into the suburbs. 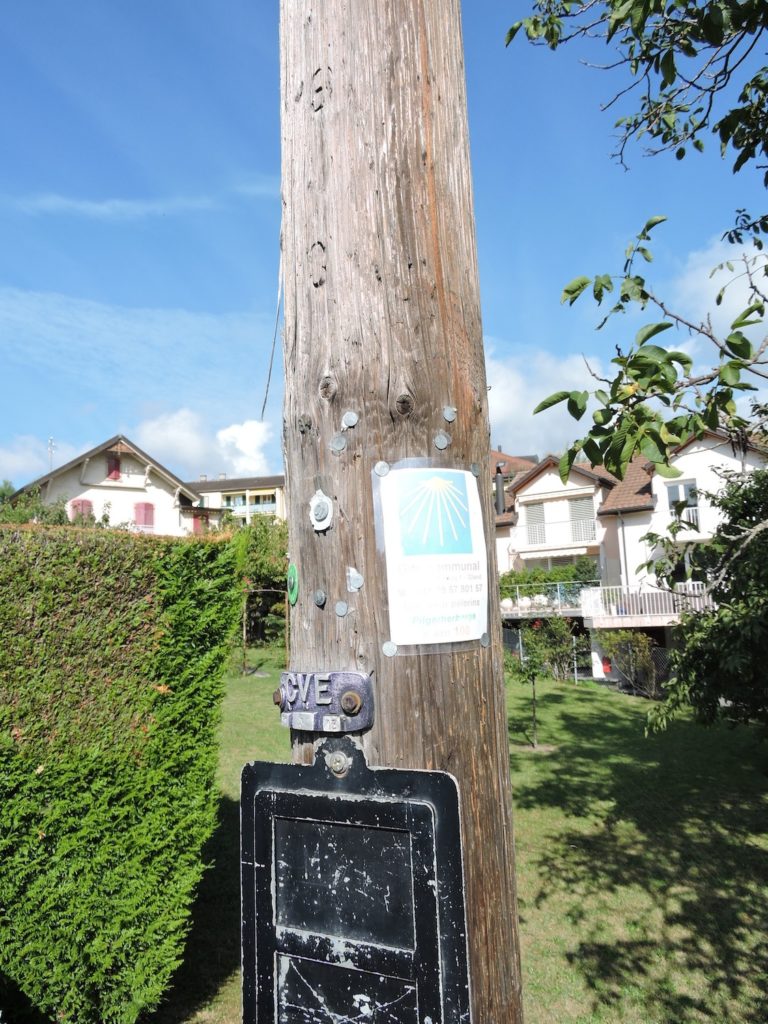 Section 2: Among the winegrowers of La Côte. 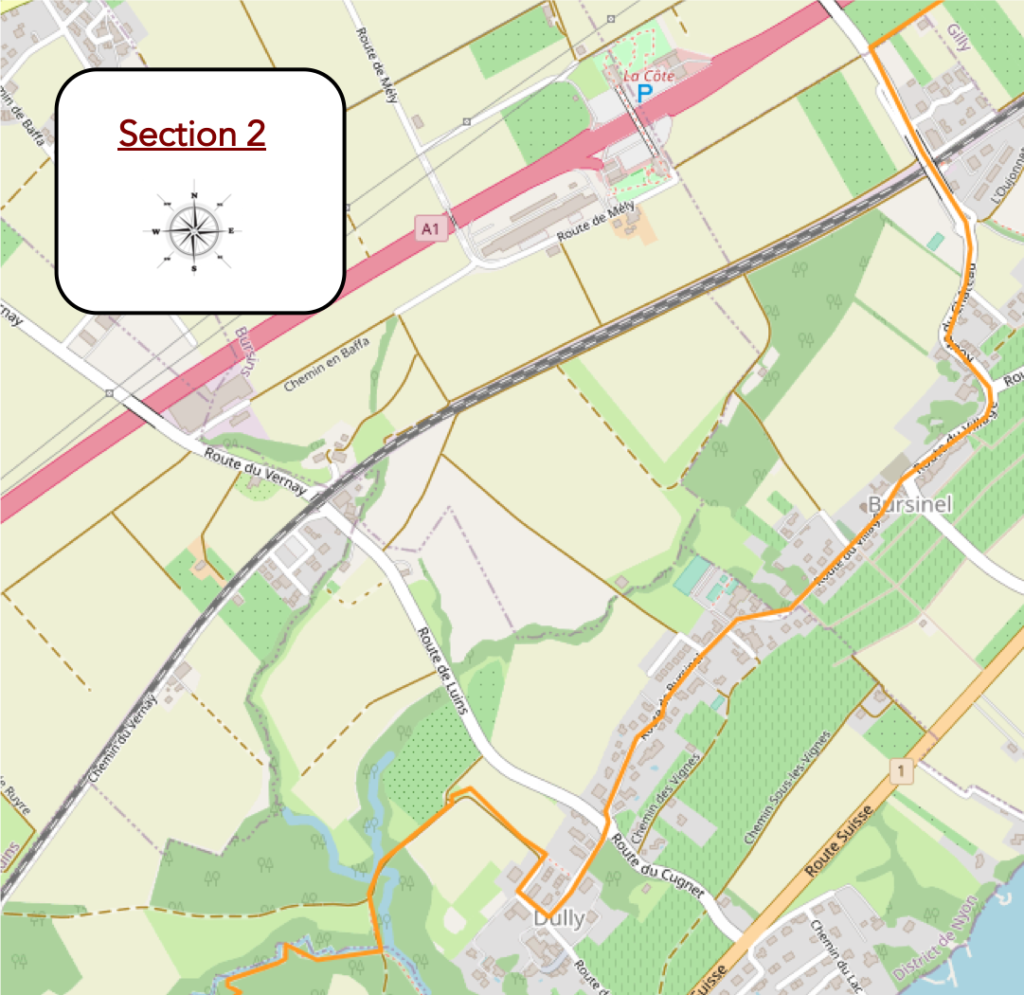 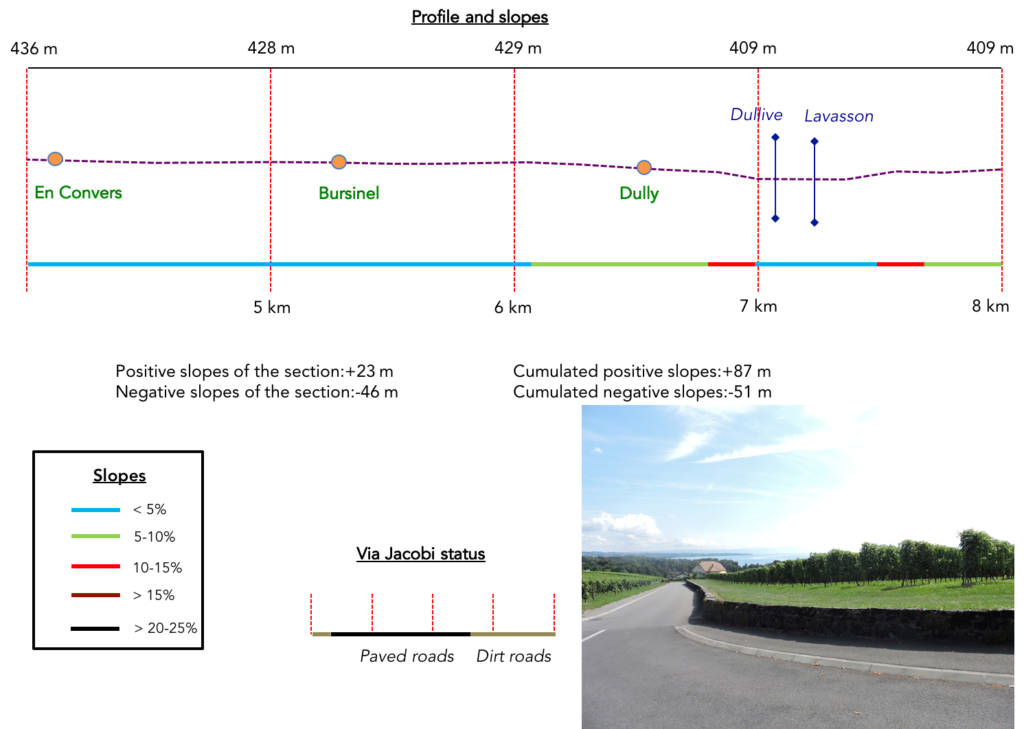 The road passes in front of the castle, a building from the beginning of the XIXth century, hidden under the trees in a large park. We know that Churchill smoked a few cigars here. 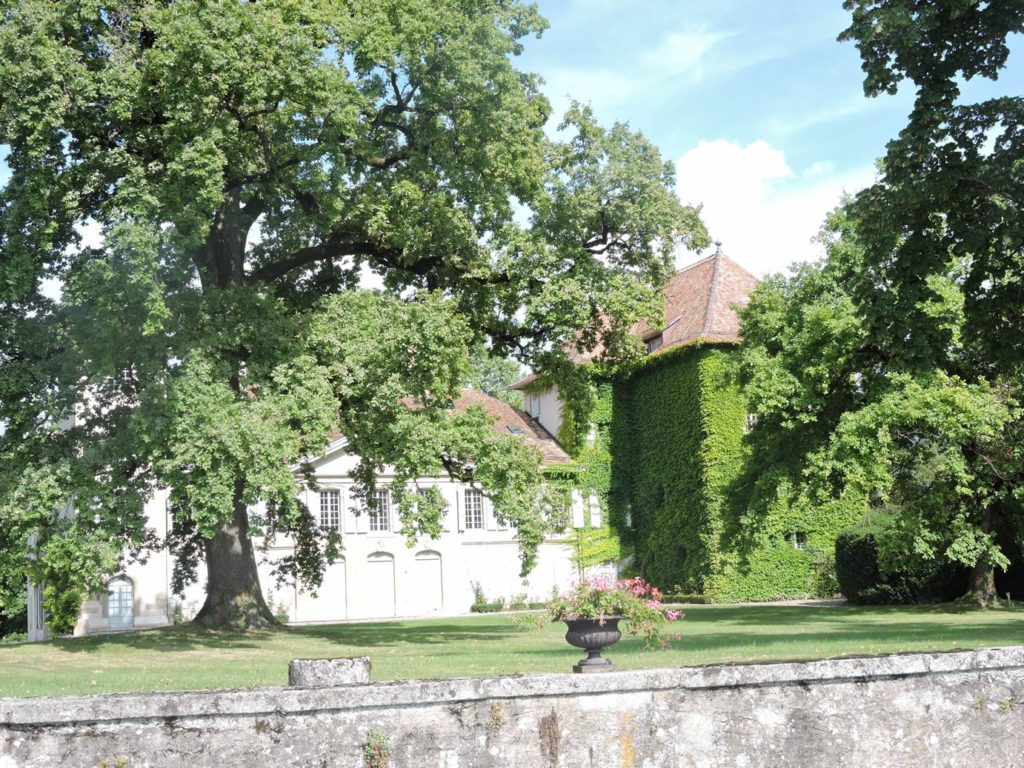 You would put your suitcases here, right? 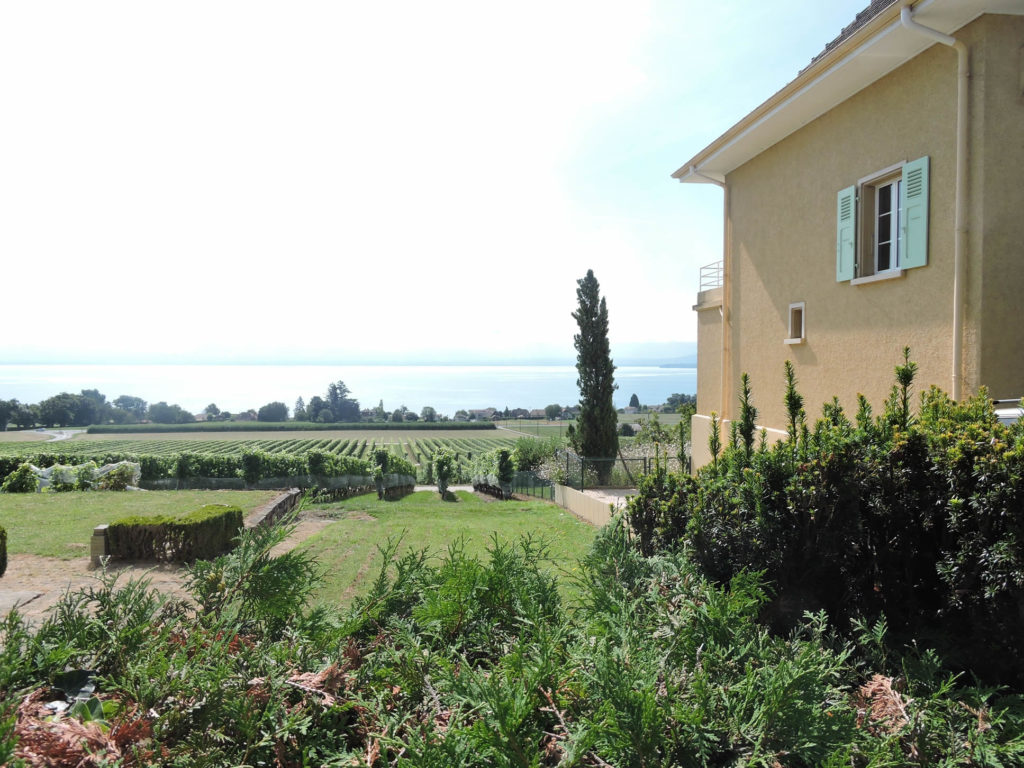 It passes near the garden of the castle, which is in fact only a very large manor house, the view of which moves away from the gaze of passers-by. It is a double XVth century castle transformed since the XIXth century into a Gothic part and the other in Renaissance style. It is private property. 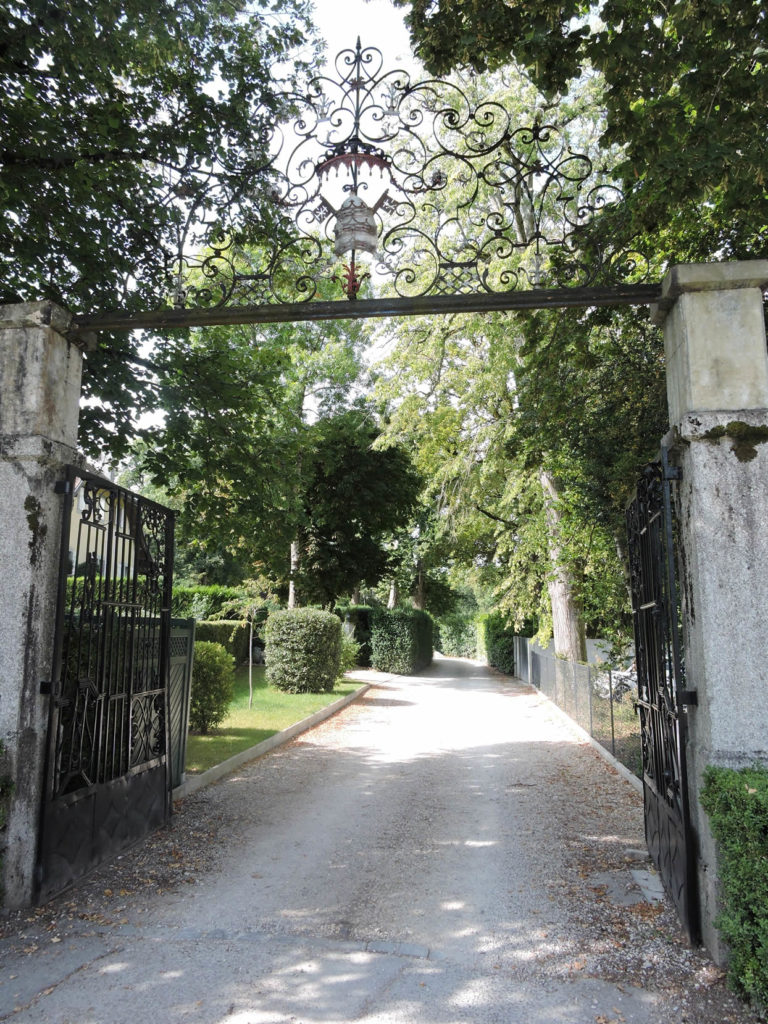 Section 3: The bleak crossing of Gland before another small miracle of nature and men. 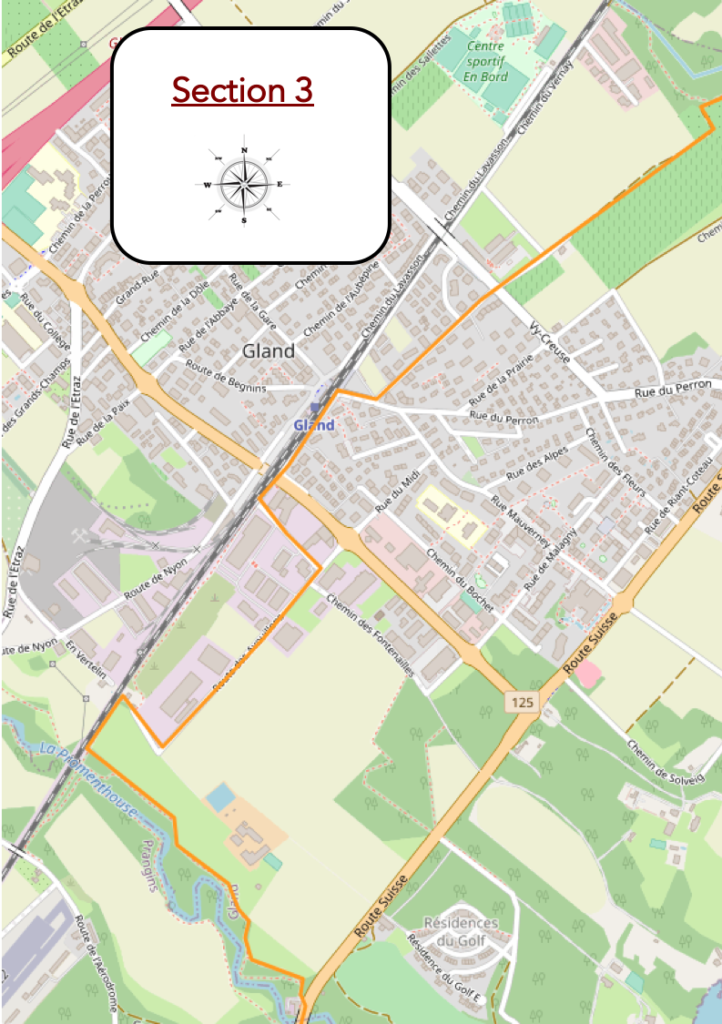 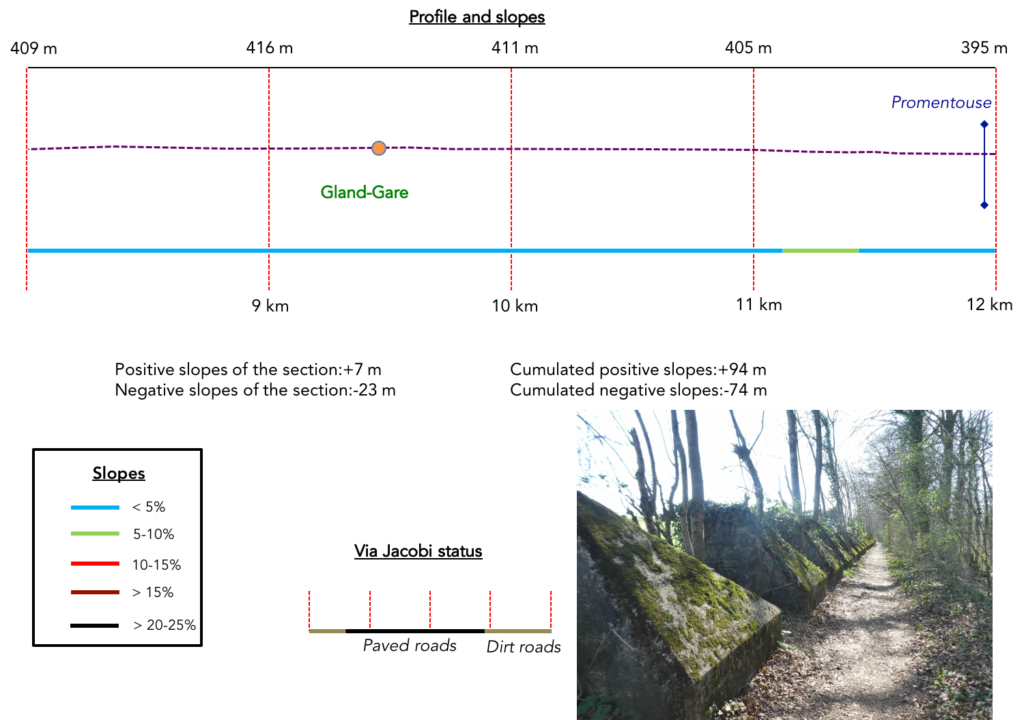 Section 4: A very small piece of lake and a beautiful castle. 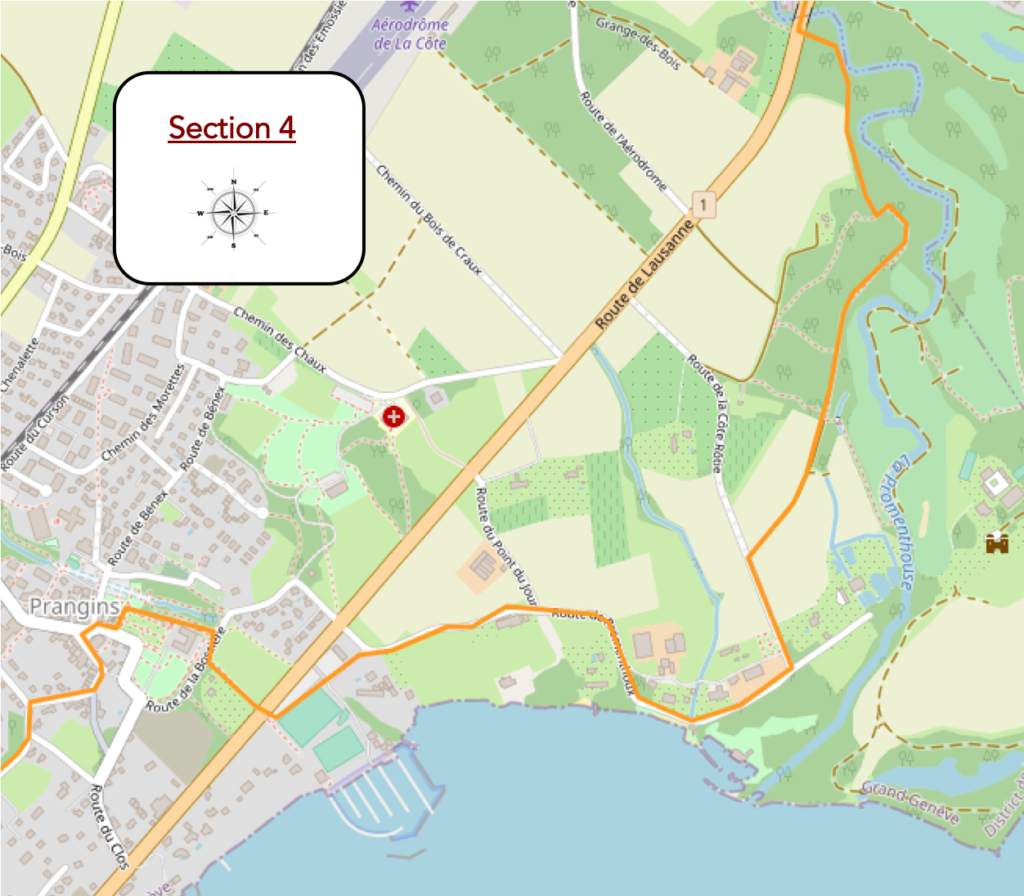 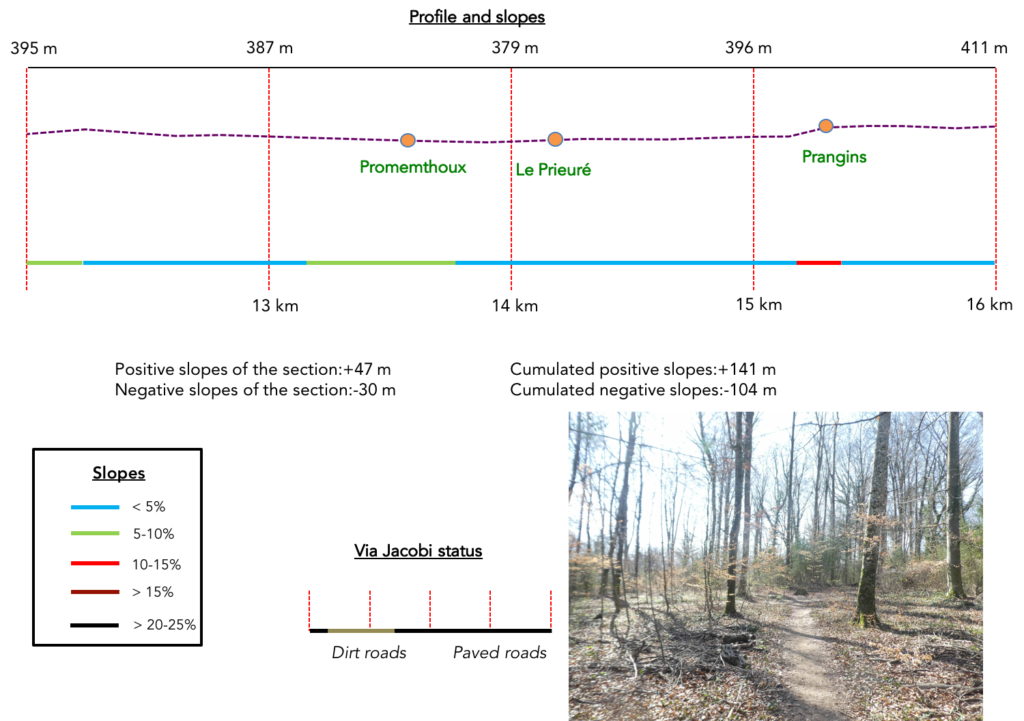 Section 5: Crossing Nyon before returning to the countryside. 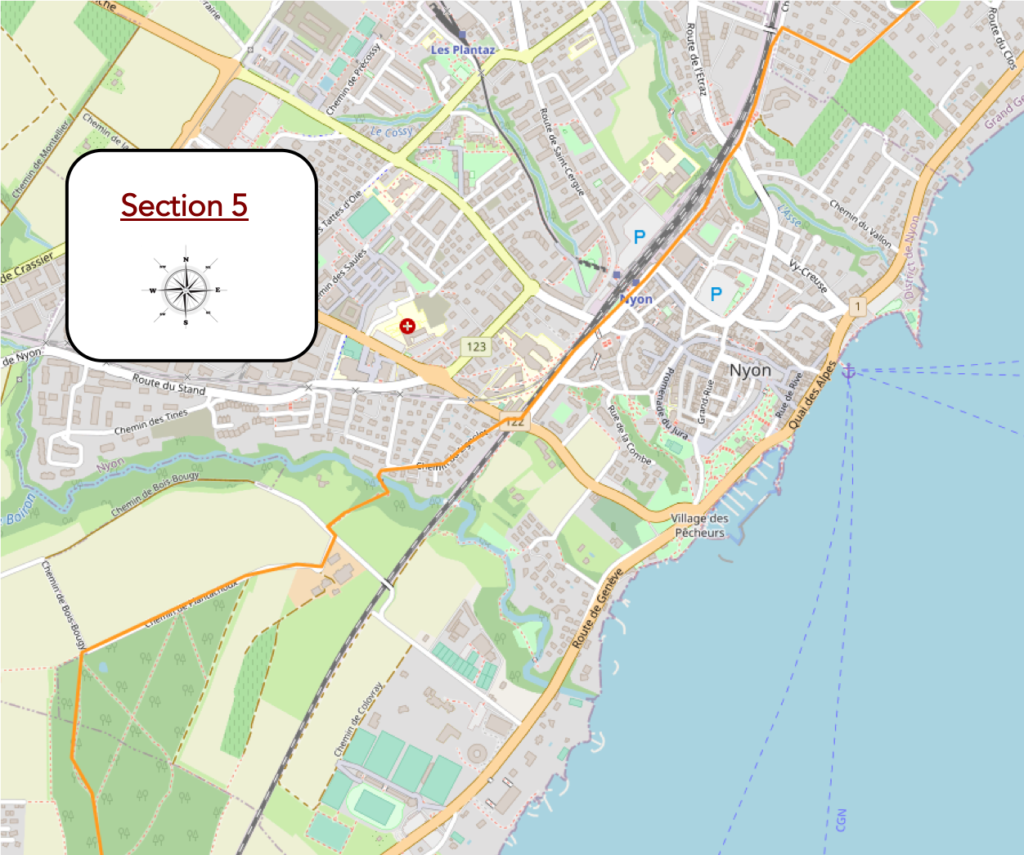 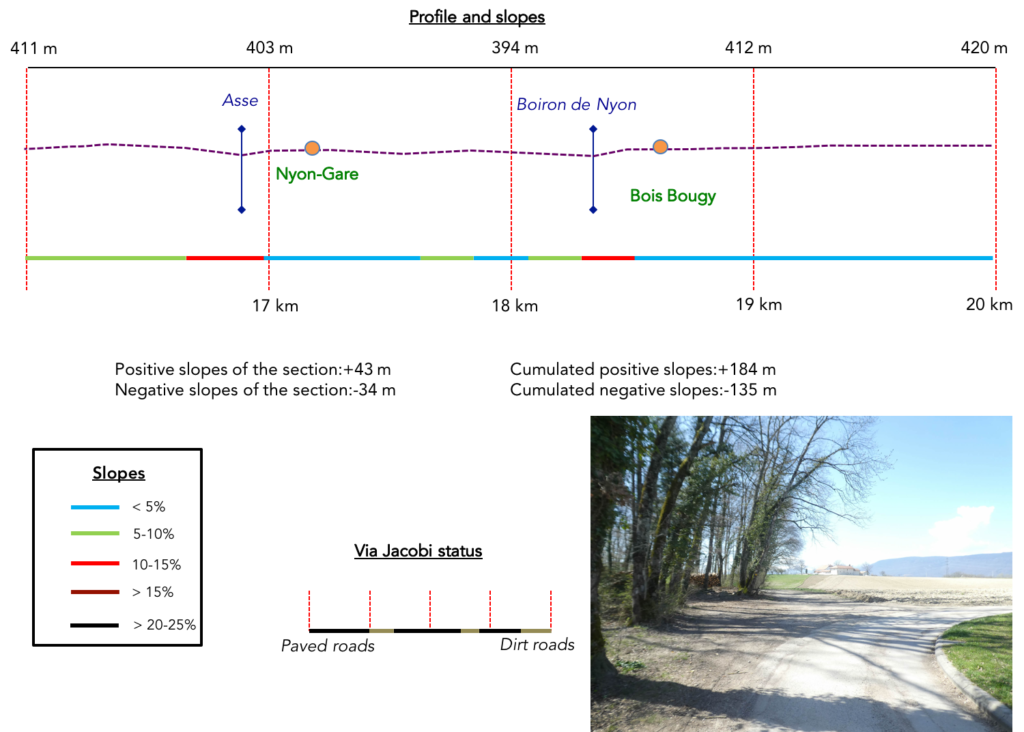 Section 6: In the Vaud countryside. 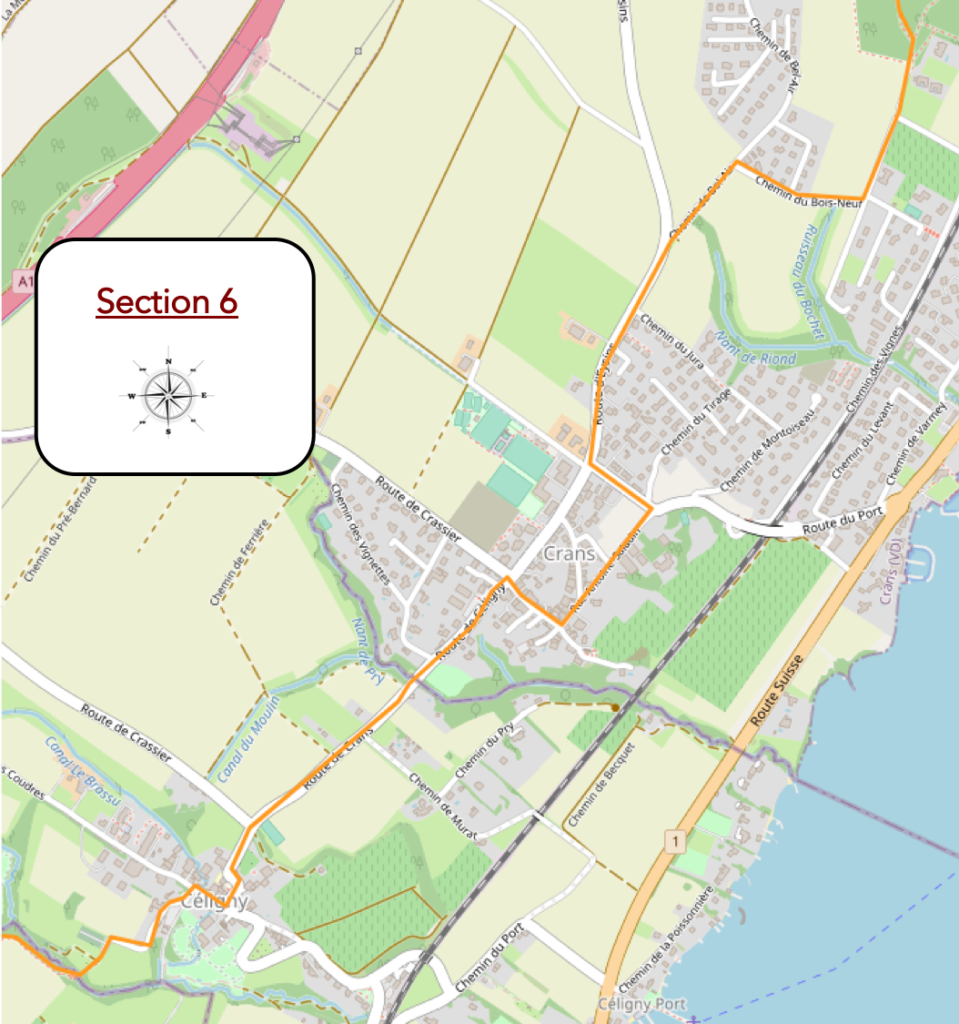 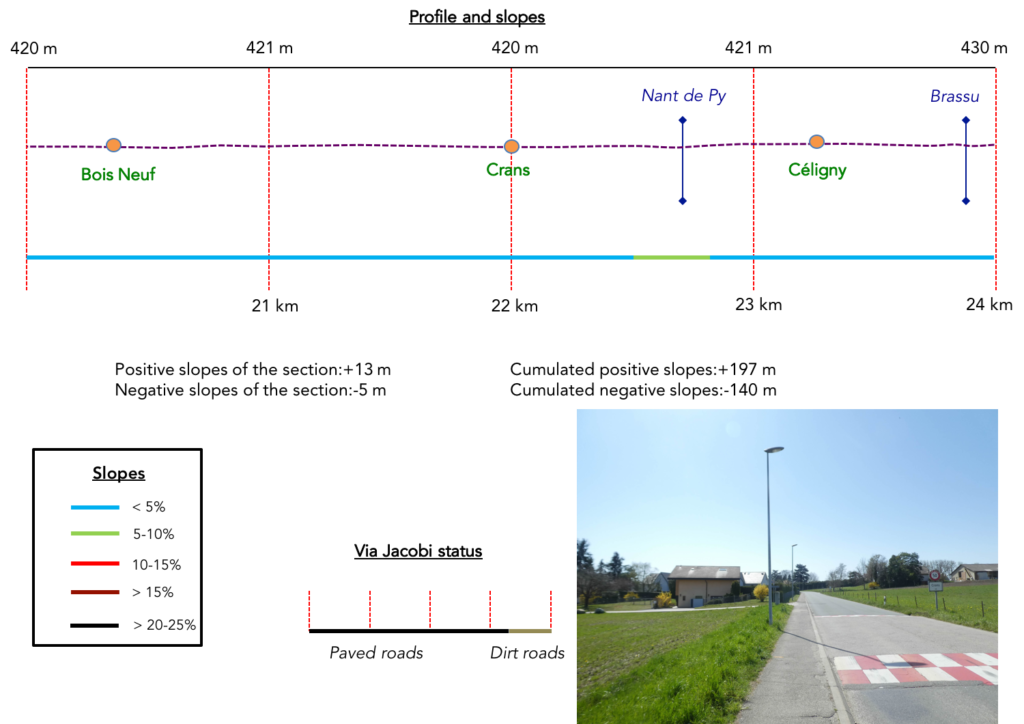 The Brassu stream is also visible in the village. Formerly the village, but also all those in the region, was exclusively agricultural or vinicultural. But Geneva is just a stone’s throw away. As a result, over the years they have become more and more residential. 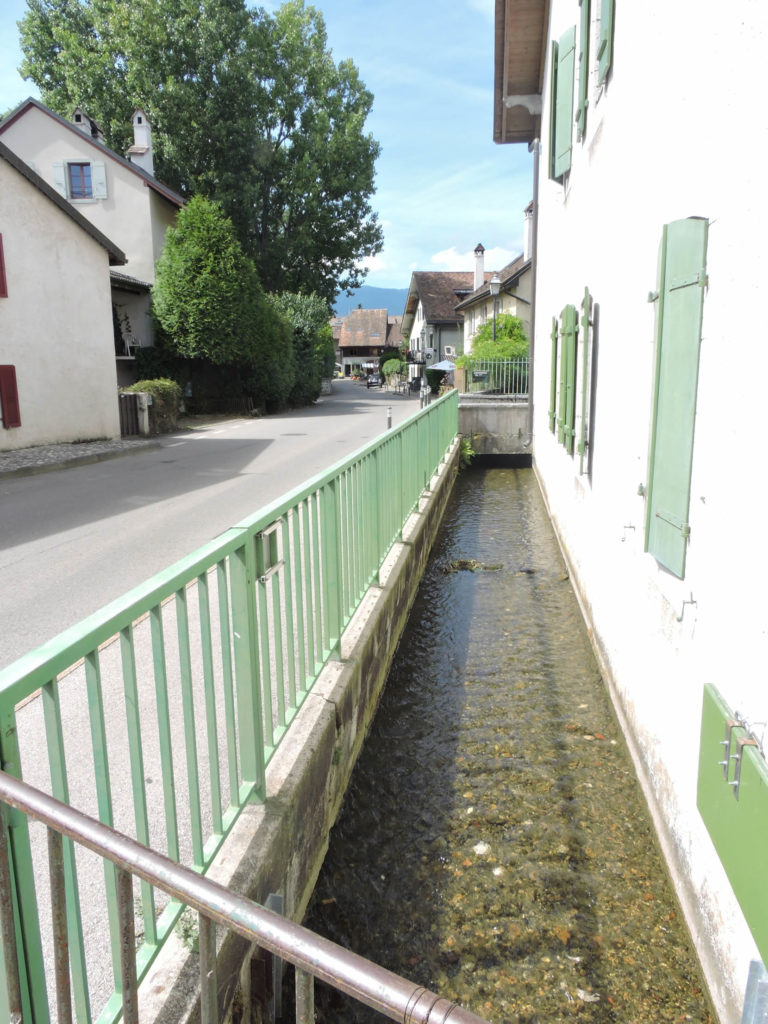 Section 7: Gradual return to the lake. 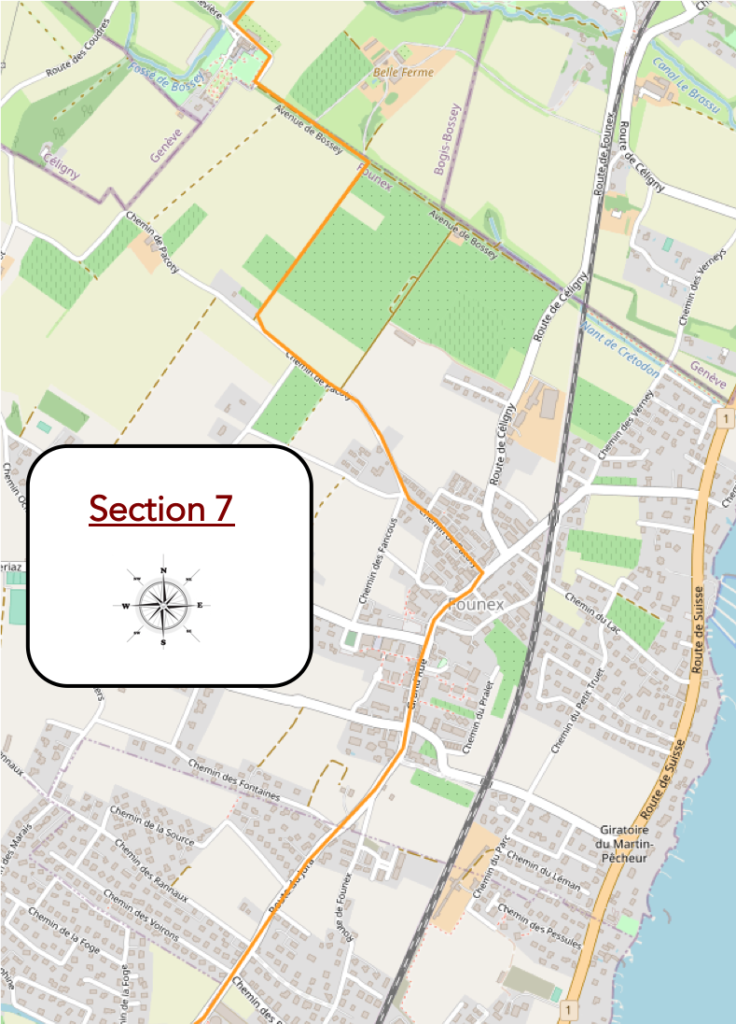 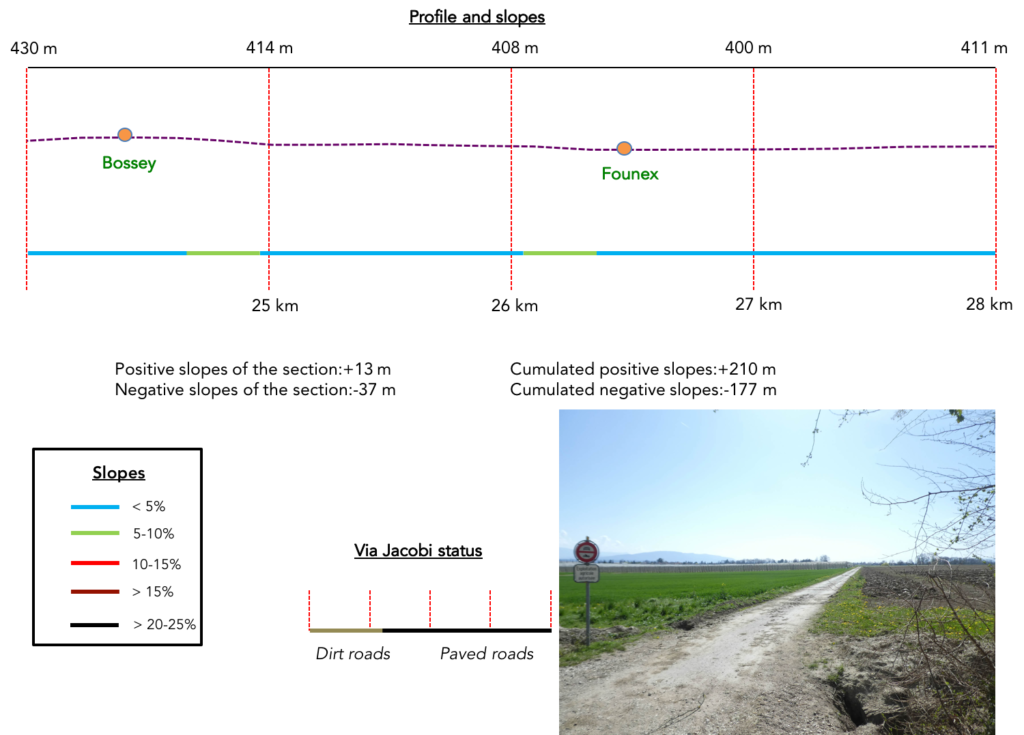 On the stretch, the view is beautiful over the lake and the Alps. 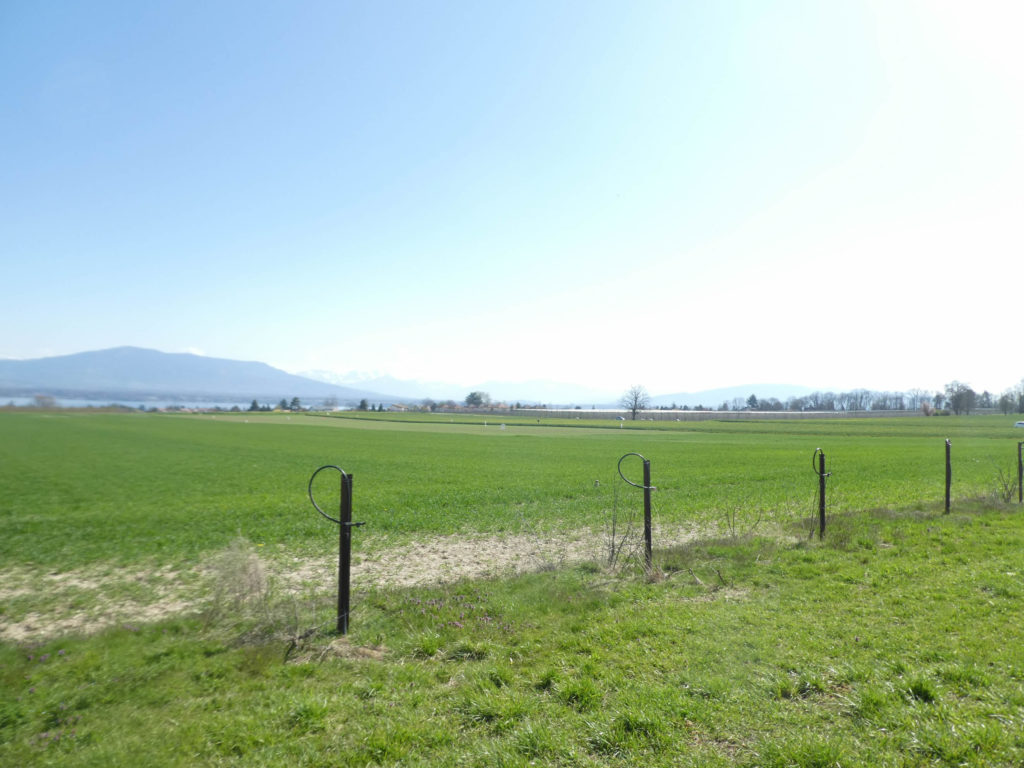 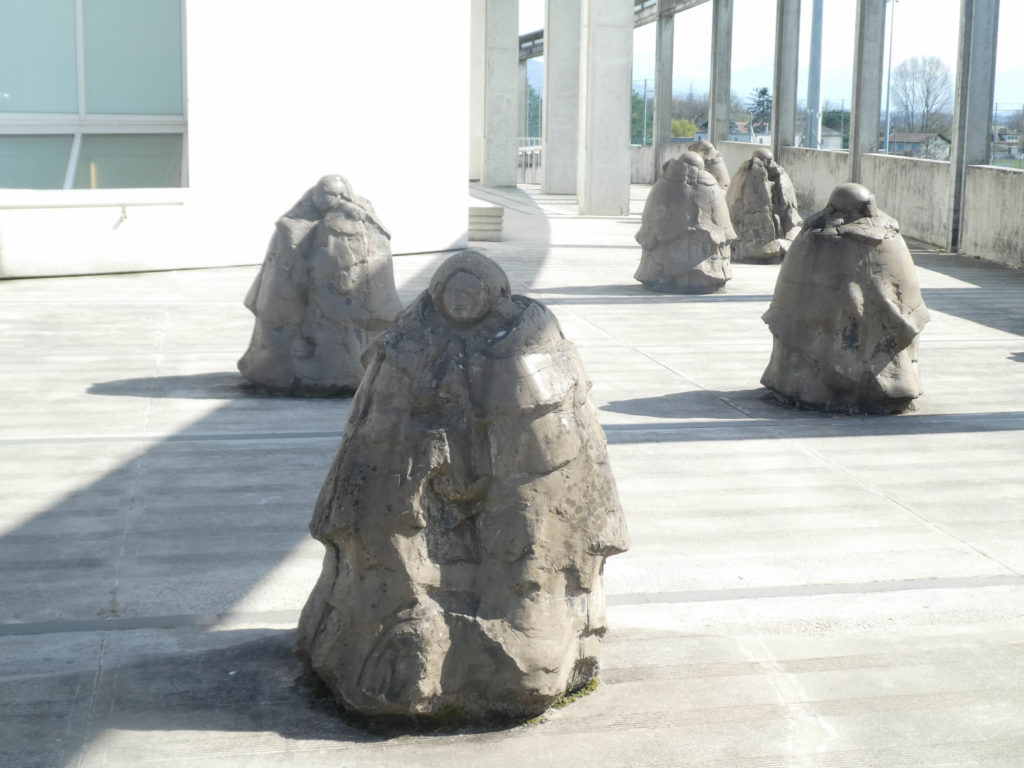 Section 8: Back to the lake. 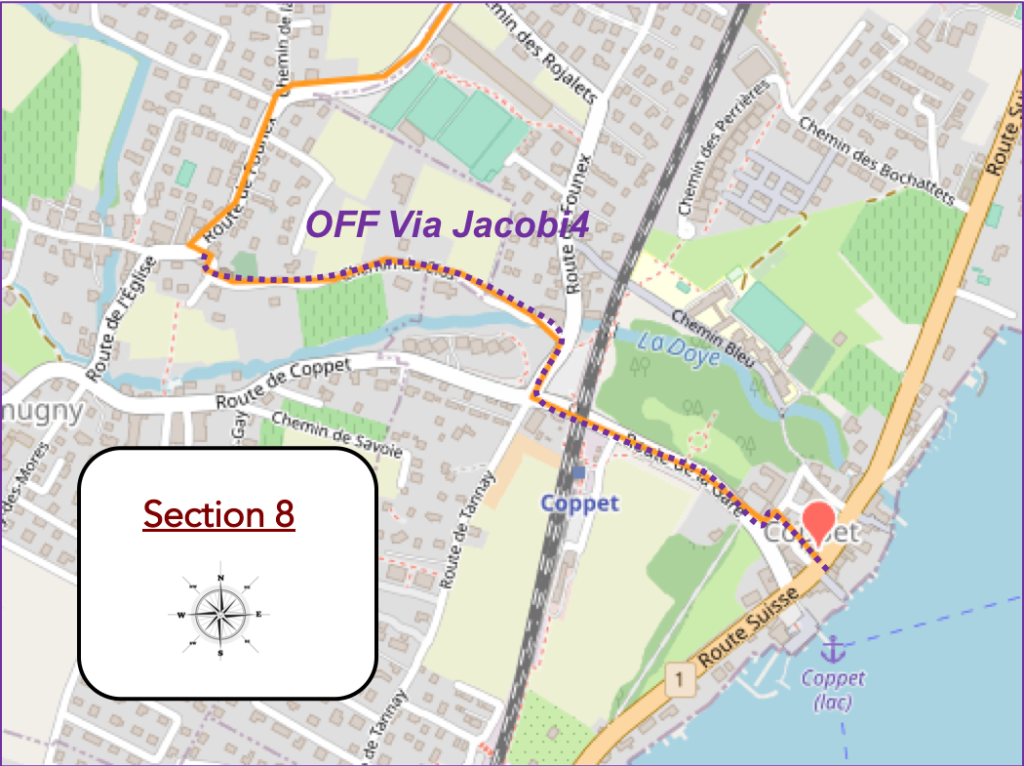 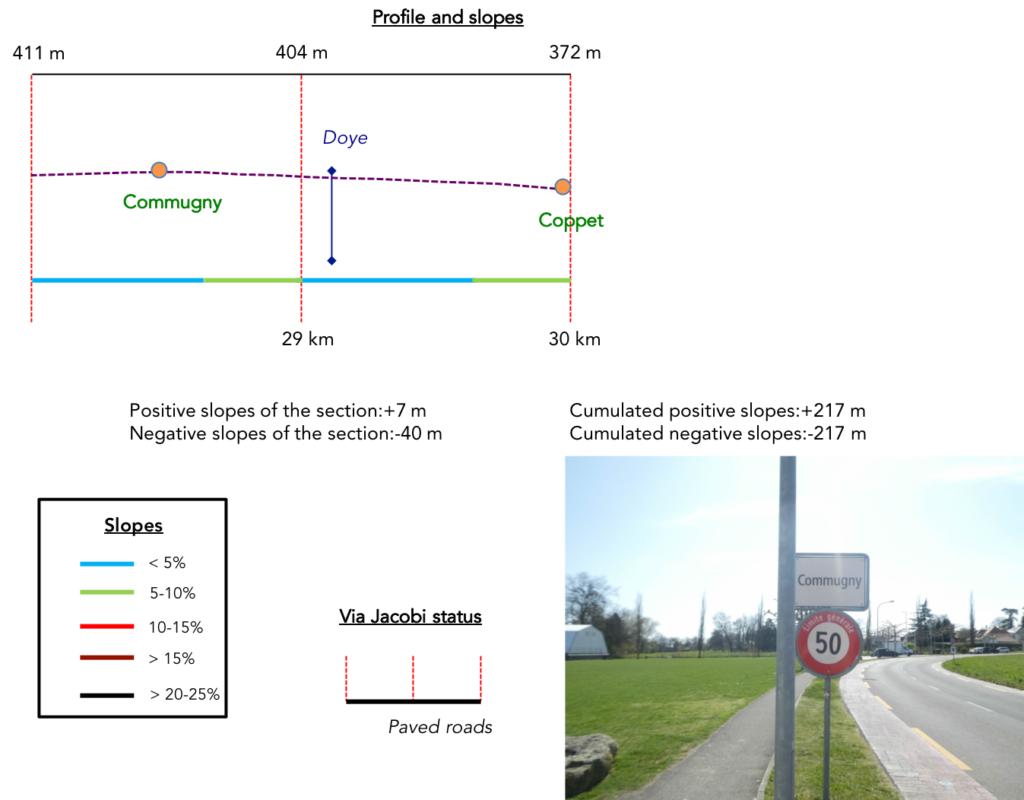 And then you found the lake back. 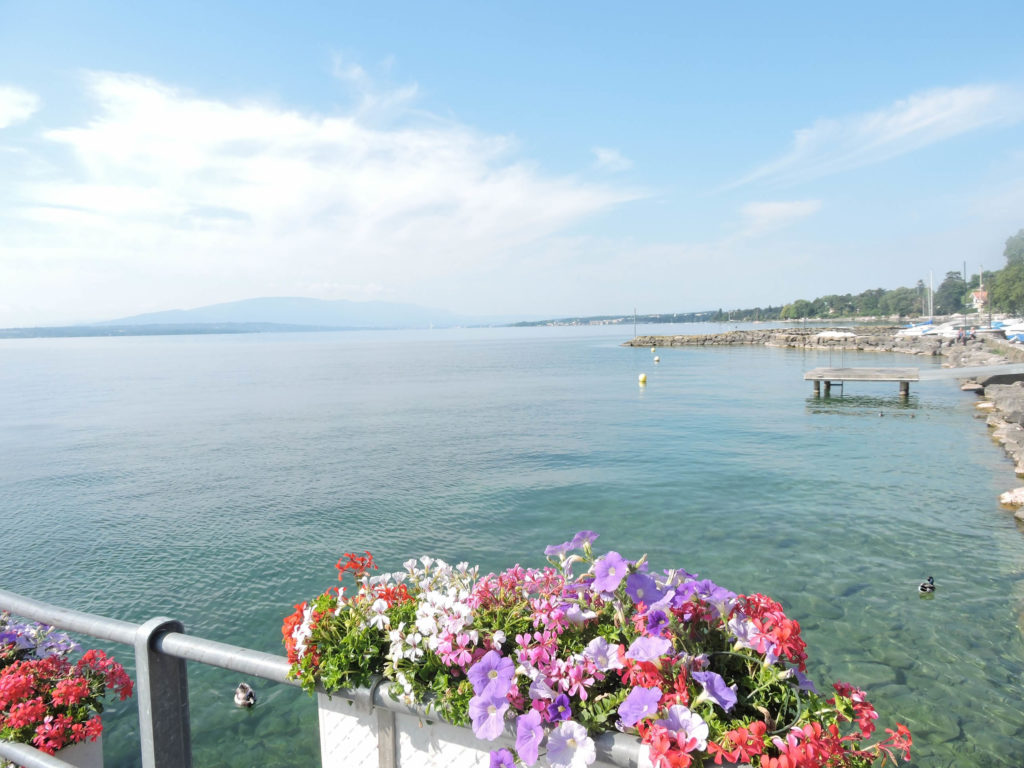